This forum has been developed to discuss aviation related topics.

Looks like there's all sort s of costly issues with this bird...


(Reuters) - The U.S. military said it had grounded the entire fleet of 97 Lockheed Martin Corp F-35 fighter jets until completion of additional inspections of the warplane's single engine built by Pratt & Whitney, a unit of United Technologies Corp.

The Pentagon's F-35 program office, Air Force and Navy issued directives on Thursday ordering the suspension of all F-35 flights after a June 23 fire on an Air Force F-35A jet at Eglin Air Force Base in Florida. The Pentagon said U.S. and industry officials had not pinpointed the cause of the fire, which occurred as a pilot was preparing for takeoff. The pilot was not injured.

The incident is the latest to hit the Pentagon's costliest weapons program, the $398.6 billion F-35 Joint Strike Fighter. It followed an in-flight oil leak that triggered mandatory fleetwide inspections of the jets last month. "Additional inspections of F-35 engines have been ordered, and return to flight will be determined based on inspection results and analysis of engineering data," the Defense Department said in a brief statement issued late on Thursday.

Pratt & Whitney said it was working closely with Air Force officials who are investigating the fire and are inspecting all engines in the fleet. Spokesman Jay DeFrank said it would be inappropriate to comment further since the incident was the subject of an investigation.

The Pentagon's F-35 program office has made determining the cause of the fire its highest priority and it is assessing the impact on flight tests, training and operations of the radar-evading warplane. A person familiar with the situation said it was premature to rule in or out any quality problem or manufacturing defect.

Japanese Defense Minister Itsunori Onodera he wanted to discuss the F-35 problem when he visits the United States next week to tour U.S. bases and meet with Defense Secretary . Hagel. "On my coming trip to the U.S. I plan to be reviewing troops and will have a chance to discuss the F-35 development on the ground," Onodera told a regular news conference. "I’d like to confirm the details of this accident."

Japan has ordered 42 of the single-engine stealth jets that will be assembled locally by Mitsubishi Heavy Industries, maker of the World War II-era Zero fighter. Tokyo may order more F-35s when it decides the future of 100 of its older F-15s.

Australia and South Korea said there had been no change to their plans to buy the fighter jets. Australia plans to buy 58 of the fighters and South Korea intends to buy 40. "To date the JSF aircraft has accrued 15,000 flight hours While the F135 engine has successfully completed nearly 32,000 hours of testing," a spokesman for Australia's Defense Minister David Johnston said. "Single engine fighters are operated by many air forces and Defense remains confident the F-35 JSF will be reliable and safe."

Reuters reported on Wednesday that U.S. and British authorities were preparing directives ordering a mandatory engine inspection estimated to take about 90 minutes. British officials remained part of the discussions with U.S. officials and concurred with the U.S. recommendation to ground the jets, pending further inspection results, the F-35 program office said.

The Pentagon said preparations were continuing for F-35 jets to participate in two UK air shows later this month, but a final decision would be made early next week. The fire has already derailed plans for an F-35 jet to fly by a naming ceremony for Britain's new aircraft carrier on Friday. The Royal International Air Tattoo (RITA) kicks off July 11 followed by the Farnborough International Air Show starting on July 14.

Obviously Lockheed wasn't on the distribution list of former Defense Minster Peter Mackay's news conference wherein he promised the F-35's engine would never quit. If they had been this wouldn't have happened.
---------- ADS -----------
Top

Maybe we need to order some temporary replacement fighters in the interm while they sort things out.

Good on them for getting to the bottom of any issues on the ground instead of waiting till they auger in to fix them.

Our military should not spend a single cent on new killing hardware until ALL of our disabled veterans are treated with the respect that they deserve and are properly taken care of.
---------- ADS -----------
Top

rxl wrote:Our military should not spend a single cent on new killing hardware until ALL of our disabled veterans are treated with the respect that they deserve and are properly taken care of.

I heard Bombardier is considering going single
engine on the C-series, because of the reliability
of the new P&W engines. Airline accountants like
the reduction in operating costs.

Apparently with half the engines, TC says the
probability of an engine failure is cut in half as
well, and that's a big plus.

DnD has awarded a $500M, 6 year contract to
study glider fighters, which apparently are immune
to engine failures and are very attractively priced.

Colonel Sanders wrote: DnD has awarded a $500M, 6 year contract to
study glider fighters, which apparently are immune
to engine failures and are very attractively priced.

They will likely also save money on pilot flying gear as these can't be anywhere nearly as expensive as a helmet... 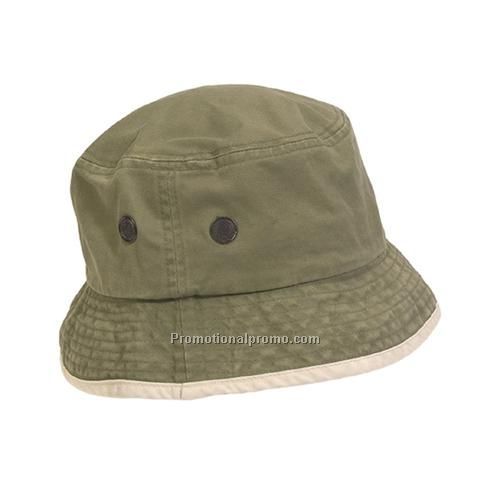 I agree with you that DND should leave this program, while it still can provide you and me with a decent pension.
Actually, the more you look at it, the more it becomes important, that our government can support us, in retirement.
The number of enemies killed, is quite irrelevant, like in Viet Nam, or Kosovo. Who remembers? Who cares?
---------- ADS -----------
Success in life is when the cognac that you drink is older than the women you drink it with.
Top

Expat wrote:AuxBatOn,
The number of enemies killed, is quite irrelevant, like in Viet Nam, or Kosovo. Who remembers? Who cares?

Nothing to do with if we should get the F-35 or leave the program but...

Some of us have dedicated years caring/remembering and making sure others learn/remember.

When the artifacts come available we will tell the story of Canadians in Kosovo, Afghanistan and anywhere else Canadians are sent.

I guarantee it for as long as I'm around and there are more like me and young people being tutored to be the same.

While not aviation related that is why I belong to a military vehicle club. We put on displays and explain the history of the vehicles that helped win wars.

cbty wrote:This aircraft is a mess. They wanted to achieve too much without facing the consequences.

cbty wrote:This aircraft is a mess. They wanted to achieve too much without facing the consequences.

Does that even mean anything?

I think it means that wanting to have a cheap, economical, reliable, easy-to-fly, easy to maintain, stealth, supersonic, super-cruise capable, long range, air superiority fighter, ground attack aircraft, anti-shipping, close air support aircraft, air refuel-able, conventional take-off and landing, vertical take off and landing, land based and carrier capable aircraft (I probably missed a few) all in the same basic airframe and expect this aircraft to not only meet all of these expectations but excel at all of them, while outperforming Legacy aircraft in these individual tasks, turned out to be somewhat "challenging".

Normally all military projects stuffer from some degree "requirements creep", submitted as afterthoughts. This project pre-empted this problem, by inviting all concerned, USAF, USN, USMC and Foreign armed forces, to submit any and all requirement creeps in the initial planning stages and these were brilliantly integrated into three versions of the same basic machine, right from the drawing board. It's an aircraft that will get most aeronautical engineers very excited, I am certain, but will it instill much fear in any capable enemy that it will have to face on the battlefield ?

It may all be irrelevant anyway. With all the electronic capability that is engaged in modern warfare, I'm pretty certain that even an old McDonald F-4 Phantom II with modern electronics, weapons and engines would get the job done. The platform is less important.
---------- ADS -----------
Top

I find it hilarious that this process is now coming up on the 75th Anniversary of the Second World War and we are in a very similar situation to just before September 1939.

We have obviously forgotten all the expensive (in young lives) lessons of 75 years ago and have forgotten what we learned 39-45.

BTW:
This goes for ALL branches of the Canadian Forces and the Coast Guard.

Well at least we remembered those lessons till the 80s...guess we will have to pay the price again before we smarten up.

In my highly biased personal opinion

Tom H wrote:I find it hilarious that this process is now coming up on the 75th Anniversary of the Second World War and we are in a very similar situation to just before September 1939.

We have obviously forgotten all the expensive (in young lives) lessons of 75 years ago and have forgotten what we learned......

And had we been prepared..... we would have had dozens of the very best squadrons of Bolton Paul Defiants, Fairy Battles, and Handley Page Hampdens. .....

Tom H wrote:I find it hilarious that this process is now coming up on the 75th Anniversary of the Second World War and we are in a very similar situation to just before September 1939.

We have obviously forgotten all the expensive (in young lives) lessons of 75 years ago and have forgotten what we learned......

And had we been prepared..... we would have had dozens of the very best squadrons of Bolton Paul Defiants, Fairy Battles, and Handley Page Hampdens. .....

Every time I read a thread like this I consider how little time, on an "evolutionary scale" has past since we were all still swinging through the trees, throwing sticks at one another.

Who is going to attack Canada? If they did, what could we seriously do about it??? No one has taken Canada seriously as a fighting force since 1945.

65 F-35's spread across a nation this size.....WTF? If F-35's were butter, and Canada were toast, you wouldn't taste or even notice a friggin thing.

Tens of billions of dollars to stroke Canadian egos is a little rediculous.

If we need jets, then get jets we can afford in the first place, maintain in the second place....... in decent numbers.

Besides, the stealth technology in F-35's is already vintage 2010. In ten years there will be a handheld device available from RadioShack that can detect F-35 approaching from 300 miles, for less than $30. Seriously, no, but you get my point.